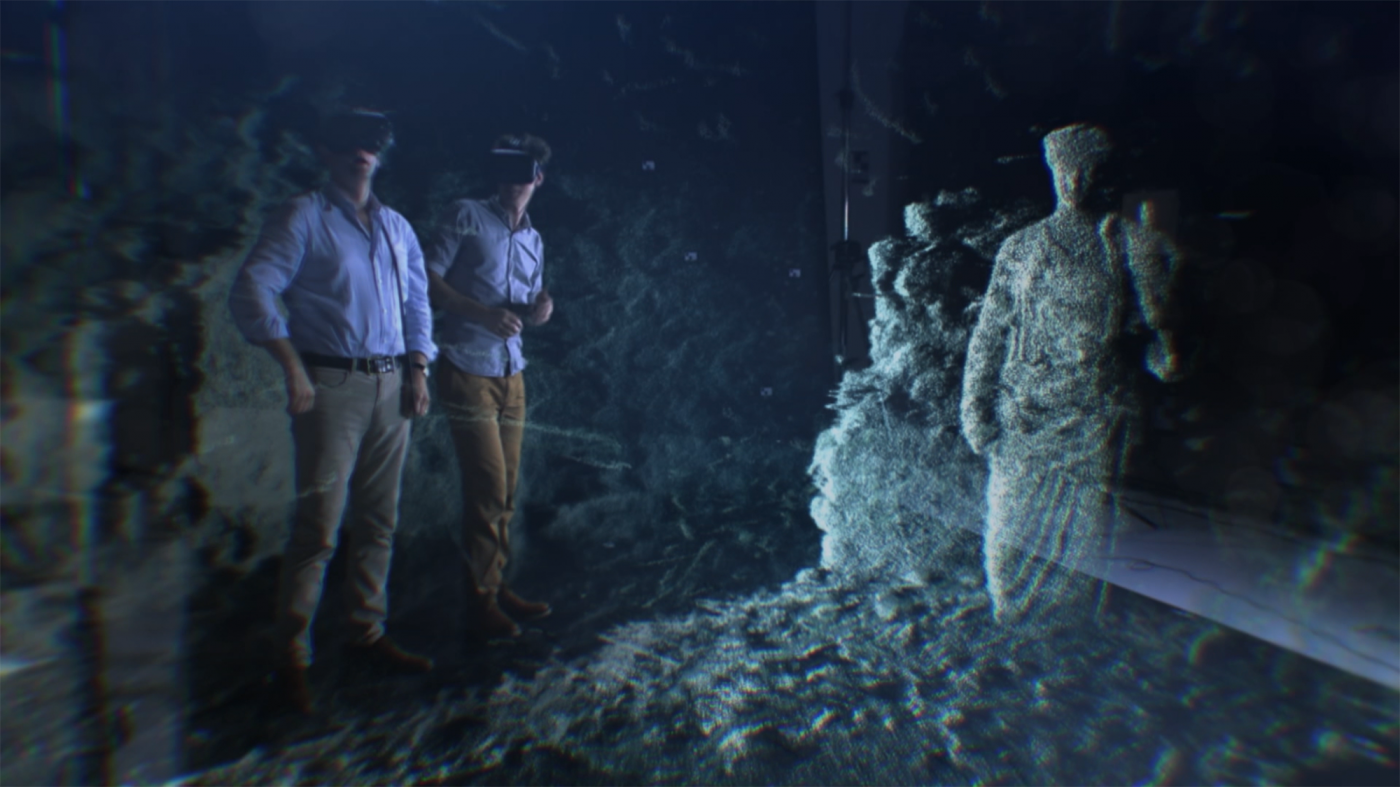 BOULDER, CO--(Marketwired - March 28, 2017) - 3D at Depth, a global provider of advanced subsea LiDAR systems and solutions, today announced their integrated subsea LiDAR technology delivered a new generation of enhanced 3D models and imagery for several recent customer projects. Each of the projects varied in scope, complexity, and depth with several of the locations requiring survey implementation near or around sensitive marine archaeological sites. Originally, 3D at Depth launched the first commercially available subsea LiDAR solution to serve the offshore oil and gas market. Today, the company has seen considerable interest from other industries where measurable, repeatable, millimetric data sets are a priority. Using the innovations developed for offshore metrologies and inspections, 3D at Depth was able to create advanced applications for deep-water marine archaeological site and structure mapping. For these particular projects, 3D at Depth's unique steerable LiDAR beam, combined with their powerful back-end software program, expanded the survey footprint and allowed for greater data penetration models.

Last summer, 3D at Depth worked closely with a team from BBC One's television program, "Italy's Invisible Cities," hosted by Alexander Armstrong and Dr. Michael Scott. The episode uncovers 2,500 years of hidden history in Naples, from its earliest Greek and Roman origins, using 3D at Depth's LiDAR scanning technology. The show explored how the volcano of Mount Vesuvius both nurtured the region and exacted a terrible price on the local population. Also, the hosts delved into a labyrinth of fascinating underground spaces that helped build and sustain the city. The program aired on 4th January on BBC One and is available at the BBC online store.
For the United States National Park Service, 3D at Depth has been part of a long-term joint project to map the USS Arizona. Headed by Daniel Martinez, Chief Historian at the USS Arizona Memorial, the collaboration includes partner participation from Autodesk, R2Sonic, ETrac and Deep Ocean Engineering along with several other partner companies. The USS Arizona project marks the first-ever integration of multiple technologies for mapping a historical monument. The project combined LiDAR, sonar and aerial imaging with existing survey and photographic information to produce a survey-grade 3D model of the USS Arizona.
The challenges faced by 3D data collection initiatives on deep water archaeological sites include: the overall cost to implement the surveys, the hostile deepwater pressurized environment, the condition and nature of the wreck site, and the biological sensitivity of the surrounding area. Many of the locations have structures with limited access and are hard to reach. The ability to conduct a survey without compromising the site while securing data from interior areas is a critical element to complete a thorough 3D mapping initiative. 3D at Depth's solutions focus on these specific types of data collection challenges.

Over the past few years, 3D at Depth began to integrate their LiDAR technology with inertial navigation systems anchored on a moving platform. This combination provides high density, measurable millimetric point clouds, which allow greater modeling in overall data sets. The integrated technology provides a higher quality alternative to 3D data collection survey methods currently available on the market. With ROV, AUV programs fully under development, 3D at Depth will now advance the technology integration for use on manned submersibles. The company recently formed a partnership agreement with OceanGate Inc., a global provider of manned submersible solutions. OceanGate's subsidiary company, OceanGate Expeditions, will be conducting a comprehensive survey of the RMS Titanic, using the 4,000 meter manned submersible Cyclops 2. Under the partnership, 3D at Depth will integrate their LiDAR survey platform with Cyclops 2 support technology to 3D map and create next generation imagery to capture the significance of the Titanic wreck in millimetric resolution.
"Imaging and navigation technology have advanced significantly since Titanic was discovered in 1985," stated Stockton Rush, CEO of OceanGate. "We can now survey the Titanic in 3D using a range of LiDAR technology, optical laser scanning, sonar and photogrammetry techniques to create images of the wreck in multiple formats. 3D at Depth's Subsea LiDAR lasers and software allow us to create high-definition, 3D images of the wreck and document the decay of the ship."

"As the world's leading subsea LiDAR technology company, 3D at Depth continues to differentiate our technology platform from other optical measurement types currently being offered in the market," said Neil Manning, Chief Business Development Officer, 3D at Depth. "Partnerships and collaboration like the one we have for OceanGate will allow us to advance technology innovations more rapidly. One example is our recent announcement with MBARI which allowed us to develop a high-resolution bathymetry system using wide swath LiDAR for scientific applications. The steerable beam and varied range capability enable us to collect data over narrow and wide areas at longer distances. The flexibility to map larger areas more efficiently will be especially important using manned submersibles where dive duration can be limited. This incredible expedition to the Titanic that OceanGate is developing will provide stunning data."

These new initiatives continue to promote the use of subsea LiDAR technology for other applications. As the company expands into other industries, 3D at Depth is still committed to the programs developed for the offshore industry. Metrologies, decommissioning surveys, and inspection are still a priority for the company. With the increase in customer projects in Europe and Africa, 3D at Depth has now opened a new office location in the United Kingdom to serve the European and African markets, and has hired industry professional Julian Rickards. Rickards brings over 20 years' experience in the offshore industry with expertise in subsea positioning and control equipment technology. As the Business Development Manager for Europe and Africa, Rickards will work in close collaboration with 3D at Depth's US and Australian offices to provide best practices and innovative solutions to serve customer surveys, mapping and offshore surveys requirements.

"Having Julian join 3D at Depth to head our sales efforts in Europe, the Middle East and Africa reflects our commitment to dedicate employees and equipment to the growing offshore market for subsea LiDAR," said Neil Manning, Chief Business Development Officer. "Julian's unique expertise leverages his comprehensive understanding of legacy positioning methods with his experience in current day technology systems and will compliment 3D at Depth's LiDAR technology offering by delivering a solid measurement geo-located product. We are all excited to see Julian on the team and look forward to his positive outlook and reliability with our EMEA client base."
For Ocean Business 2017, Mr. Rickards and the 3D at Depth team will showcase these technology advancements at their booth #D10. The trade show program will include the following: a virtual reality demonstration using data inputs from the projects above; the launch of 3D at Depth's moving platform application and the inertial and LiDAR integration solution.

3D at Depth recently made the news with "World's First Fabrication of Subsea Well Part Using LiDAR Data and 3D Printing" and with "MBARI collaborates with 3D at Depth on Next Generation High-Resolution Bathymetry System." Also, the company has been the recent recipient of the EEEGR Innovation Award and a finalist for the 2016 Subsea Energy Australia - Industry Innovation and Technology Award.