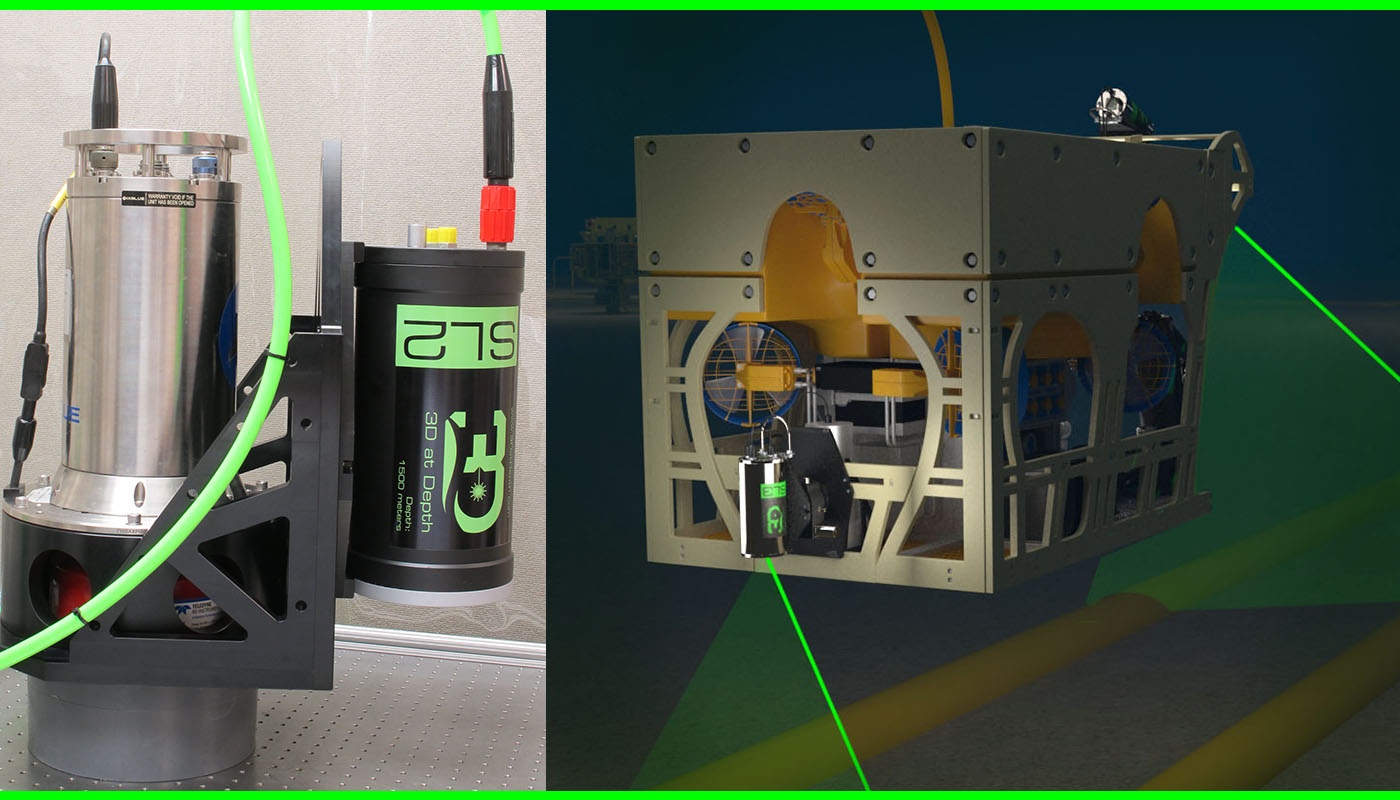 BOULDER, CO–(Marketwired – April 05, 2017) – 3D at Depth, a global provider of advanced subsea LiDAR systems and solutions, is pleased to announce, the success of a recent trial using Inertial Navigation System (INS) aided LiDAR data collection from a moving platform. The project was jointly sponsored by TechnipFMC and 3D at Depth, LLC with inertial navigation partner iXblue. Under the Joint Development Agreement (JDA), 3D at Depth and iXblue successfully integrated and collected motion compensated subsea LiDAR data of an oilfield in water depths greater than 2000 meters. The trial took place in December 2016, and validated the capability of INS aided subsea LiDAR for a variety of applications including field mapping and spool metrology out of straightness. Based on the results, 3D at Depth and iXblue have now developed a commercial version of the INS aided Subsea Laser (SL) mapping solution which will be available for field mapping projects at the beginning of April 2017. A second SL mapping solution is under development for a commercialized spoolpiece metrology solution that will launch later in the year.

Overall, the system incorporates 3D at Depth’s SL1 subsea LiDAR system, a Phins INS coupled with a 1200 kHz DVL, iXblue RAMSES and a 3D at Depth Subsea FiT (fiber/time Multiplexer) consolidated into a tightly coupled solution. During the trial, several characterization scanning passes were performed over a flow line and well center infrastructure to determine the preferred altitude and speed. Although these characterization passes added time to the data collection campaign, they provided important information for understanding the optimal parameters for performing field mapping and metrology. The well center and pipeline was surveyed with 25 pipeline transits and 54 well center transits at differing altitude and speeds. Within the 10-hour trial, the INS aided SL1 collected more than 200 million points in 79 passes at altitudes ranging from 2 to 20 meters. The resulting high density point clouds were output into a robust industry standard e57 format that included geo-referenced spatial coordinates and the intensity of each laser pulse. (The intensity value is unique to the SL sensors as this information defines specific features including pipeline field joints, stenciled lettering on structures and umbilical’s on the seabed.)

“iXblue is excited for the opportunity to combine 3D at Depths unique time of flight Subsea LiDAR system with the best in class navigation provided by our Phins / Ramses subsea positioning system,” said Jim Titcomb, Offshore Technical Manager, iXblue. “Aiding to Phins utilizing Ramses with two acoustic beacons yielded highly precise results with 3D at Depth reporting 2cm registration delta between the mobile scans and the ground truth data set. Comparing a previous metrology utilizing a static based seabed SubSea LiDAR; scanning methods with the mobile point cloud resulted in a length measurement that differed from the ground truth by only 1.8mm over a range of 22.45m.”

“It is exciting to leverage my background in airborne and space based LiDAR methodologies to subsea applications,” said Brett Nickerson, Co-Founder and Director of Software Engineering, 3D at Depth. “Coupled with iXblue’s high performance inertial navigation technology, the 3D at Depth Systems is the highest resolution and most precise system of its kind for subsea mapping and metrologies.”

3D at Depth recently made the news with “World’s First Fabrication of Subsea Well Part Using LiDAR Data and 3D Printing” and with “MBARI collaborates with 3D at Depth on Next Generation High Resolution Bathymetry System.”

In addition, the company has been the recent recipient of the EEEGR Innovation Award and a finalist for the 2016 Subsea Energy Australia – Industry Innovation and Technology Award.